lenna was a test image 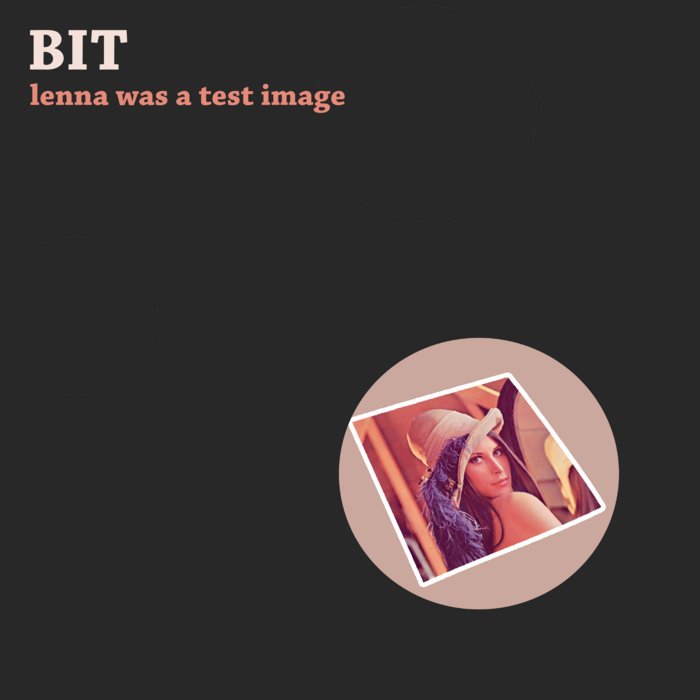 In 1973, a team of computer engineers changed the meaning of reality. This team, led by USC professor Alexander Sawchuk, was on commission to create an image codec—a type of computer program that can take a high-quality photo and strip away the details humans don’t tend to notice. One evening, the team tried to test their program on a color image of a human face. The photograph they arbitrarily chose was from that month’s edition of Playboy: the face of model Lenna Söderberg. While their code was able to compress standard test images without any visible issues, it utterly failed with Lenna—her face repeatedly came out discolored and pixilated. For the next several months, the team fine-tuned the code until her likeness was perfected. This experiment opened the floodgates for a slew of inventions you have no doubt heard of: the JPEG, the GIF, and the PDF, just to name a few.

To this day, that same photograph is the de facto standard for image compression. Virtually every digital photo you search, download, or share has, in some sense, been algorithmically created with Lenna in mind. Although we cannot notice it, Lenna’s face has ever so slightly changed the way we picture the world.

At the core of every digital file sits a platonic original—the idea of an aspirational human form that we base our technology around. From the MP3, fine-tuned to the voice of Suzanne Vega; or post-WWII television, molded to the image of the “indian head test pattern,” our standards for calibration tell a subliminal story about the societies that produced them. While we pay a lot of attention to the technologies we create, we tend to ignore the standards these technologies are configured to. Your camera has been engineered with a racial bias for lighter skin tones, much like our phone calls have been tuned to compress the sibilance and cadence of a northeast American accent. As the decision to use Lenna’s image was arbitrary, she in no way represents the average user of the technology she helped calibrate. That’s where the problem arises.

This EP is a series of compositions about the objects we test our technology with—a collection of think-pieces on our relationship to calibration mechanisms. In a media-crazed America, we hope these songs serve as a reminder of the much deeper biases that are embedded not in the content we consume, but the very form that the content takes. We sincerely hope you have as much fun listening to this album as we had making it.

All tracks by Kirk Pearson, with the exception of “Quick Brown Fox,” and “America’s Slow Descent Into Madness,” by Julian Korzeniowsky and Kirk Pearson.

All songs produced by Pearson/Korzeniowsky.

*Kirk Pearson* (Composition, Mandolin, Strings, Electronics) is an electroacoustic composer and digital artist. His compositions have appeared on NPR, the BBC, TEDx, and PBS. He presently studies composition and film at Oberlin Conservatory, and is a 2017-2018 IBM Watson Fellow. This is his fifth record as director of the collaborative digital ensemble BIT. kirkmakesthings.com

BIT is a modular, ever-changing digital artistic collaborative. We are built by over seventy musicians, producers, programmers, and visual artists in ten countries. The first time many of the collaborators ever meet is on record, with the goal to make art that explores the implications of digital communication.


*Jonah Bobo* (Vocals on “Indian Head Test Pattern”) is a composer and musician from Roosevelt Island, NY. He produces music under the aptly named moniker, Monochoir. This is his fifth record with BIT. monochoir.bandcamp.com

*Aiden Berglund* (Guitars on “Hello World” and “O Suzanne”) writes songs and plays them into a microphone, or plugs keyboards into computers, depending on which album you listen to. This is his third record with BIT. aiden.bandcamp.com

*Sonia Bloom* (Solfege Vocals) is a junior at Oberlin College. This is her second record with BIT.

*Alfredo Colón* (Saxophones on “O Suzanne”) is a New York native. He has studied with musicians such as Lee Konitz, Gary Smulyan, Jason Rigby, John O'Gallagher, Steve Wilson, and Adam Larson. The saxophonist has performed at venues such as B.B. King’s, The Louis Armstrong House, Birdland and The Appel Room at Lincoln Center. He draws influence from musicians such as David Binney, Lee Konitz, Wayne Shorter, Jackie McLean, Pete Robbins and countless others. Alfredo is currently a student at The City College of New York. This is his first record with BIT. soundcloud.com/alfredo-colon

*Nick Dunston* (Acoustic Bass on “Lorum Ipsum” and “Hello World”) is a composer, performer, scholar, and curator working in primarily working in original/new jazz, contemporary classical, and third-stream music. He regularly performs in the U.S. and Europe with his own bands, as well as having performed as a sideman with musicians such as Jeff "Tain" Watts, Matt Wilson, Rene Marie, and Bruce Barth. Nick currently studies at the New School, with studies in jazz performance, classical composition, and musicology. This is his fifth record with BIT. nickdunston.org


*Daphne Gampell* (Backing Vocals on “Hello World”) is a New York based singer/songwriter currently performing, music directing, and studying ethnomusicology at Wesleyan University. She's an avid harmonizer and pun-maker. She even thought about writing a theatrical performance made up of puns before realizing that it would just be a play on words. This is her first record with BIT.

*Vanessa Grasing* (Vocals on “Hello World” and “O Suzanne”) is a singer, a songwriter, and a recent graduate of Purchase College. This is her fourth record with BIT. nessaband.bandcamp.com, stardiner.bandcamp.com

*Griffin Jennings* (Guitars on “Indian Head Test Pattern”) is a songwriter, guitarist and experimental composer attending Oberlin Conservatory. He is currently working on an album loosely based on the life and works of Maurice Sendak with friend and collaborator Hayden Arp. This is his fourth record with BIT. gjennings.bandcamp.com.