A Man Disappeared Once

by Kirk Pearson and Julian Korzeniowsky 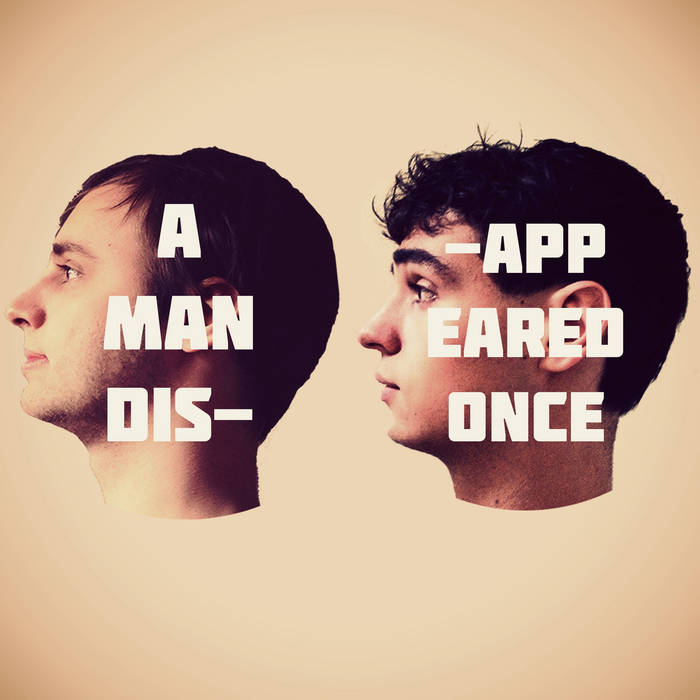 Louis Le Prince was a French inventor who, in 1888, recorded the first ever continuous motion picture. The film wasn't much, a few seconds of footage filmed in the town square of Leeds, but gifted Le Prince the title of "the mechanical king" back home. On the evening of September 16, 1890, Le Prince boarded the express train to Paris in route to patent his invention. As the train stopped the following morning, both the man and his luggage had vanished from his sealed compartment.

As far as the legal records go, Le Prince was never seen again. Some insist he was murdered by an ex-lover. An even more persistent theory is that Thomas Edison orchestrated his kidnapping, so he could take credit for the motion picture (which he did). His son insisted that Le Prince, a bit of a recluse, had spoken of a “perfect suicide,” where an individual could dematerialize and become public mystery. As society forgot his name, Le Prince would live on and keep slowly gifting his inventions to the public.

This was, of course, far before the advent of the World Wide Web; an invention beyond the wildest dreams of even Louis Le Prince. In the early 2000s, as private collectors started uploading vast photo archives, a few history fanatics started noticing strange appearances of an all-too familiar face. He not only appears in a police photo of a drowned man, but as a spectator of a lecture delivered by Albert Einstein, as a man performing microbial tests in a New York laboratory and as a traveling salesman in southeast India. The photos were not only taken after his death, but up to seventy years following. If one believes the man in question is indeed Le Prince, history would suggest he lived at least two hundred years; perhaps even longer.

I don’t intend to prompt further conspiracy about the story, but rather used the urban legend as a backdrop for a larger narrative. Le Prince, the “mechanical king,” is a case study for what happens when people go missing. We may not have his personal belongings, but we still have his films, his invention and his image. Le Prince created a virtual system of immortality.

This theme of disappearance is nothing new to the musical medium. This is an EP about lost places, people and time: a narrative story of the place that lost things go. Each piece in this album tells a fragment of an larger narrative-- puzzle pieces of an incomplete story, if you will. Thus, the tracks may be listened to in any order you desire.

*Kirk Pearson* (Strings, Vocals, Electronics) studies composition, film and planetary science at Oberlin College and Conservatory. He has worked commissions for independent films, the BBC, and currently, PBS. He presently researches human-computer interaction at the University of Washington. He can be reached at kirk.pearson@oberlin.edu.

In order of appearance:

*Will Lord* (Vocals) started writing songs at the age of twelve. His music can be classified as vocal music from a new perspective, drawing vocal techniques and timbres from all over the world and redefining the contexts in which they are usually set. He currently attends LaGuardia Arts in New York City. soundcloud.com/will-lord-official

*Caroline Kuhn* (Vocals) is a New York-based banjoist and composer of a cappella music.

*Eve Kummer-Landau* (Vocals) is a second year at Oberlin College. As a member of the the Brooklyn Youth Chorus she has performed with the New York Philharmonic, the ASO, Clogs, Sufjan Stevens and Shara Worden.

*Kate Gratson* (Vocals) is a composition student currently based out of SUNY Fredonia. Her 2013 release, Coins, was one of the year’s top selling jazz records. kategratson.com/music/

*Damon Smith* (Keyboards) plays with the popular New York rock group Jacobins. He studies with the contemporary improvisation division of New England Conservatory where his music has been critiqued by the likes of Elvis Costello and Brendan Small. (The latter of which makes Julian Korzeniowsky very jealous.) jacobinsmusic.bandcamp.com

*Nathaniel Sabat* (Bass) is a graduate of the Vocal Music program at LaGuardia High School. Nate now studies Professional Music at Berklee College of Music studying bass. He plays folk, jazz, orchestral and most things in between. He plans on staying in Boston for at least a few years after he graduates from school, and then seeing where the musical road takes him afterwards.

*Cindy Lan* (Violin) is the lead singer of the band Cindy Lan and the Lannies, a group composed of herself, her viola, and several stuffed pandas. When not studying at Skidmore College, she can be found wandering the streets of her native Queens, bubble tea in hand.

*Nick Dunston* (Bass) is a jazz musician currently studying at LaGuardia Arts. He aspires to attend the Manhattan School of Music.

*Cole Blouin* (Guitars) is a guitarist and songwriter/composer from Augusta, Maine, living in Oberlin, Ohio. His interests include travel, 20th century literature, mindfulness and mountains. soundcloud.com/coleblouin.

*Cooper Lynn* (Piano) studies music and comparative literature at Columbia University, where he is heralded as the inventor of the tomato-mayonnaise sandwich. Lynn is also a member of the bluegrass duo “Garlic and Onion,” with no relation to the aforementioned sandwich.

*Aiden Berglund* (Guitars, Vocals) is a multi-instrumentalist who plays with the bands Palm Pilot, The Alright Now and with Michael Eliran. aiden.bandcamp.com

"Projectors Past" was inspired by a theme in Oskar Schuster's composition "Sneeuwland." Schuster's music can be downloaded at oskarschuster.com