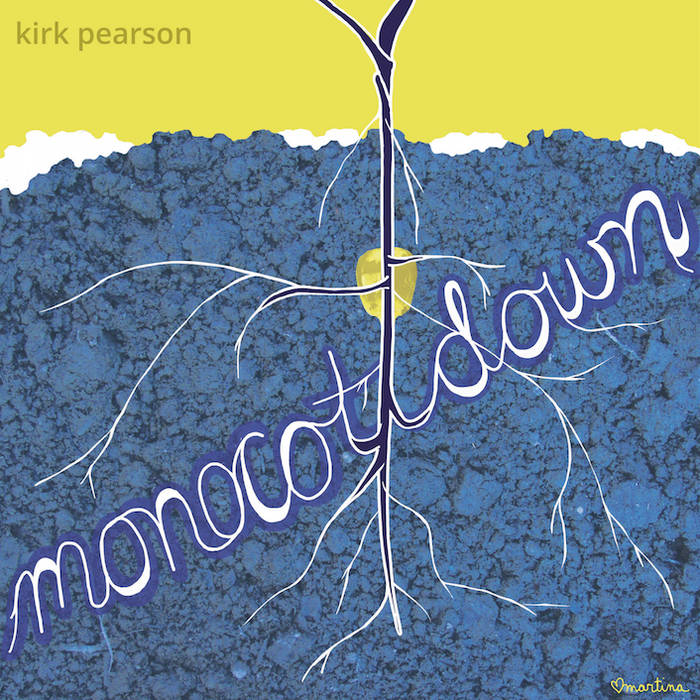 I have lived in many states throughout my life. New York, California, Denial, Panic, and most recently, Ohio.

Ohio is a great state.
It is also a very flat state.

"Monocot Down" is an Ohio product, much like tires and corn, only less versatile and probably less tasty. It's a collection of songs about roots: those biological, nostalgic, botanical, consanguineal and regional. This EP gives you a complete Ohio experience, minus the people, landscape, sights, sounds and pretty much everything else about the state of Ohio.

So why is this music worth your time? Because it's good, collaborative work. Most bands today feature four people. Sometimes even less. This made us angry. But instead of cursing the world, we decided to do something productive. "Monocot Down" is a collaborative album of over eighteen musicians. And this is why our EP is better.

Every download, as always, is backed with the pledge: "A free EP. Satisfaction guaranteed. Or your money back."

*Jonah Bobo* (Guitar) has been living every day since he was born. He is guitarist for New York punk group "The Bonnie Situation."

*Kelly Efthimiu* (Vocals on "Jules Verne") is an advertising student at Boston University. She put the "elation" in "public relation."

*Julian Korzeniowsky* (Composition, Keyboards) is an able-bodied white male who studies classical composition at New England Conservatory. He enjoys other kinds of music too.

*Caroline Kuhn* (Vocals on "Armchair Anthropologist") is a composer at LaGuardia Arts. Her last name is pronounced like the first syllable in "CUNY," so don't screw it up.

*Will Lord* (Vocals on "Armchair Anthropologist") describes his politics as "liberal in a very hipster way." He is a voice major at LaGuardia Arts.

*Zoë Madonna* (Accordion) is a dancing fool and aiurophile who will never own enough ridiculous jackets. She plays accordion and graces the East Asian Studies department of Oberlin College.

*Julia Ofman* (Vocals on "Jules Verne") studies religion at Bates College. She enjoys singing and eating but avoids doing them simultaneously. She aspires to be Beyoncé.

*Max Parsons* (Piano) exited the womb on a high Bb. He studies voice at UT Austin.

*Eric Poretsky* (Keyboards) is a film composer and pianist. He has a few opinions on contemporary music too. You can read them at his aptly named website, ericporetsky.com.

*Damon Smith* (Clavichord) is keyboardist for "The Jacobins" and studies contemporary improv at New England Conservatory. He once played a show with Slash, who was kind of a jerk.

*Andres Valbuena* (Drum Kit) is the drummer for "Brother Saints" and an all around good guy.

*Lucio Westmoreland* (Electric Guitar) is a multi-instrumentalist with "The Jacobins" and "Suchaporn." When not making music, he practices his second hobby: taxidermy.

All songs by Kirk Pearson, except "Pollinate," by Pearson/Korzeniowsky and

The central melody for "Monocot Down" is based on the theme to "São Salvador" by Ricardo Lemvo y Makina Loca. A portion of the chorus for "Flatland" was based off of "Kids Go" by They Might Be Giants.

Composed, engineered and recorded in by Kirk Pearson in his living room, Brooklyn, NY.
Artistic direction by Martina Fugazzotto